You are visiting: Sandvik Loader solutions

The battery chemistry used in all Sandvik’s BEV loaders and trucks is Lithium Iron Phosphate (LiFePO4 or also abbreviated to LFP). This chemistry was chosen because it is the safest option on the market for an underground environment. Our strong belief is that none of the advantages of other battery chemistries outweigh safety.

The following accelerated rate calorimetry chart illustrates the relative safety/volatility of available chemistries. Here a battery cell is placed into a chamber and heated at a slow rate, with measurement of the input energy and energy being emitted from the system, inside the calorimeter. The result demonstrates a sense of when these materials start to release their energy, at what temperature and how abuse-tolerant they are. Once the thermal runaway point has been reached, the amount of energy produced is measured (rate of combustion), which in turn demonstrates the volatility and how difficult it is to control the result of over-temperature or fire in batteries. 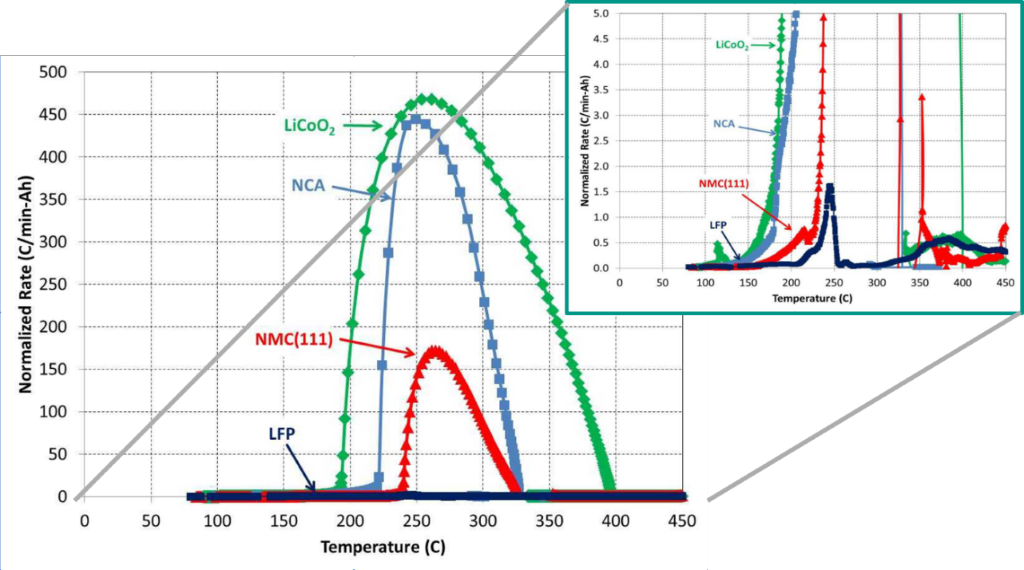 The graph demonstrates that:

A nail penetration test demonstrates the energetic/explosive release and fire with a nickel-manganese-cobalt (NMC) cell. With the lithium-iron-phosphate (LFP) cell, there is no fire, no explosion, only venting. When LFP chemistry reaches thermal runaway, it does not turn into a flame. The plastic wrapper melts on the cell, there is some swelling and gases are emitted.

In summary, we use Lithium Iron Phosphate (LiFePO4) as our battery chemistry because it is a safe option for underground mining.

Sandvik’s Generation 3 Battery Electric Vehicles are designed with a self-swapping battery system that enables a safe and quick battery swap option. There have been zero safety incidents with self-swapping to date. This system provides the following advantages over the traditional battery swap systems existing on the market:

The self-swap is a fast and easy process achieved by the operator and includes: 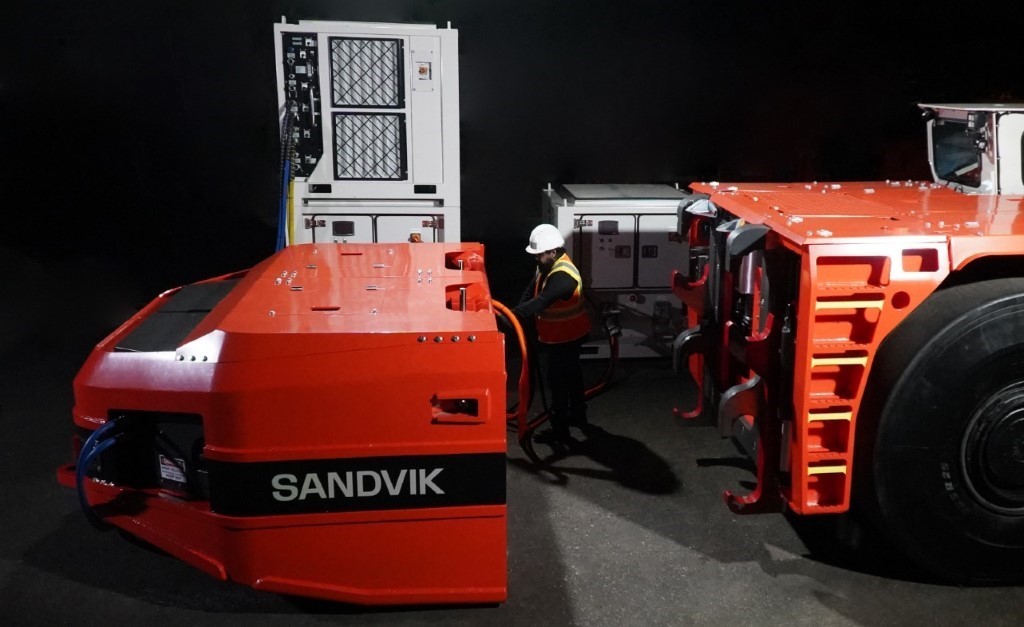 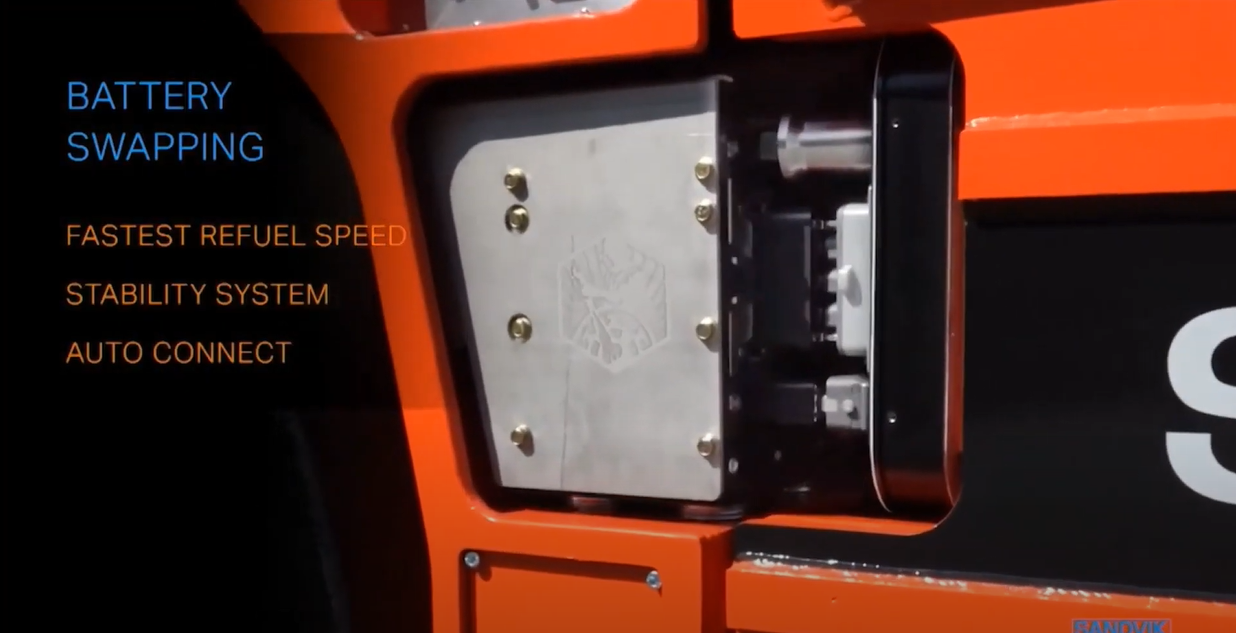 If you need any further information or support on any of the information presented within this mini site, please reach out to one of our Sandvik representatives below
Contact Zolboo Bayaraa or Jargalsaikhan Dorjsambuu